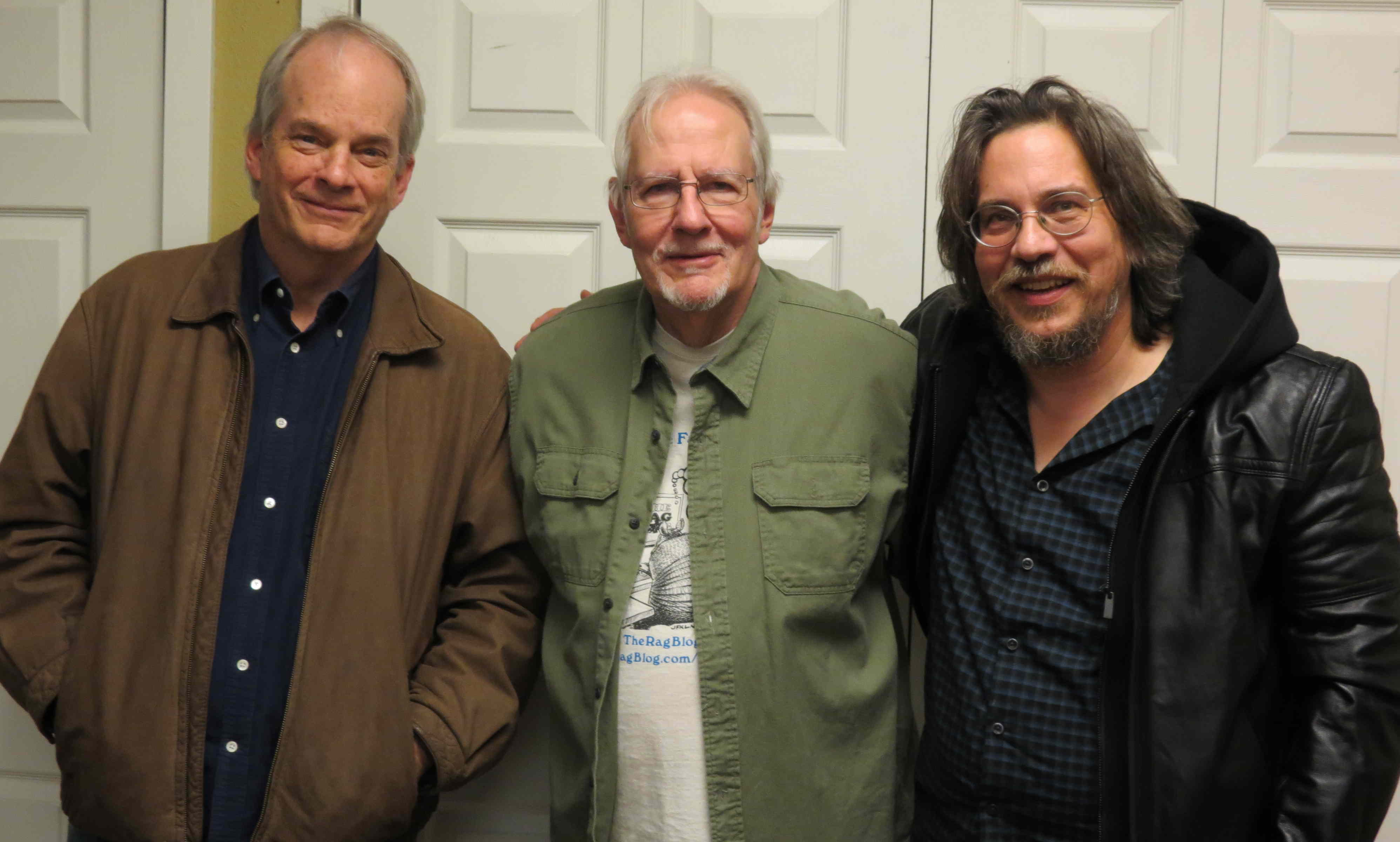 Rag Radio political analysts Glenn Smith and Roy Casagranda join host Thorne Dreyer on the latest edition of "Digging In!," our own unique view of the news. The first topic Glenn and Roy tackle is the government shutdown (and the Trump-Pelosi wars). Other topics: Brexit, the 2020 depression, the new House of Reps, and the right's obsession with Alexandria Octavio-Cortez; the Dem presidential field (so far) and, from the Texas wire: Cruz and Cornyn sticking with Trump, and the Texas Legislature with new Speaker Bonnen going bipartisan (sort of) while Lt. Gov. Patrick goes nuts. There's plenty to talk about. Progress Texas PAC director Glenn Smith, is an op-ed columnist for the Austin American-Statesman, a columnist for The Quorum Report, and a former political reporter for the Houston Chronicle and Houston Post. A leading political consultant, Glenn managed Ann Richards' winning 1990 Texas gubernatorial campaign. Roy Casagranda is Professor of Government at Austin Community College where he teaches U.S. and Texas politics. His areas of research include Middle East history and politics, U.S. foreign policy, political philosophy, and warfare. Casagranda serves as an analyst on Middle East Political Affairs for the Austin ABC affiliate, KVUE.Photo above: Glenn Smith, left, Thorne Dreyer, Roy Casagranda. Photo by Roger Baker / Rag Radio.Rag Radio is produced in the studios of KOOP 91.7-FM, an all-volunteer, cooperatively-run, solar powered community radio station in Austin, Texas, in association with The Rag Blog and the New Journalism Project, a Texas 501(c)(3) nonprofit. It is streamed live on the Internet at KOOP.org and Radio Free America. The host and producer of Rag Radio, Thorne Dreyer, is a prominent Austin-based activist and writer who was a pioneer of the ’60s underground press movement. The show’s engineer and co-producer is Tracey Schulz and the staff photographer is Roger Baker; Suzy Shelor is Rag Radio associate; Alice Embree is guest host; and Glenn Smith is our political analyst, and Evan Hearn is our apprentice. The syndicated show is broadcast (and streamed) live Fridays, 2-3 p.m. Central) on KOOP, and is later rebroadcast and streamed on WFTE-FM in Mt. Cobb and Scranton, PA., on Houston Pacifica's KPFT HD-3 90.1, by KKRN, 88.5-FM in Round Mountain, CA, and at WALHRadio.com in Wilmington, OH -- and as a featured podcast at Veterans Today. Learn more about Rag Radio here.